Sweet corn is one of my favorite summer treats.  So is lobster. Why not combine them in a delightful light summer fish chowder? So I did.  This is as good a chowder as any I had when I was living in Massachusetts or visiting New England.

You can vary the fish/shell fish as you wish, ditto for the veggies. Or cut back on the veggies if you are a hater of produce! This is my basic recipe, change as needed to make it less rich, richer or even dairy free. Just don’t overcook it or boil the chowder once the half and half is added.  I used yellow straight squash; love the color but green zucchini will work just as well.

I promise you that chowder lovers will be crazy for this fish soup! 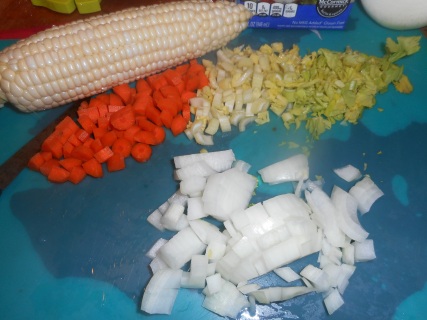 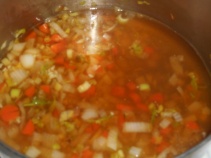 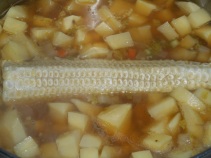 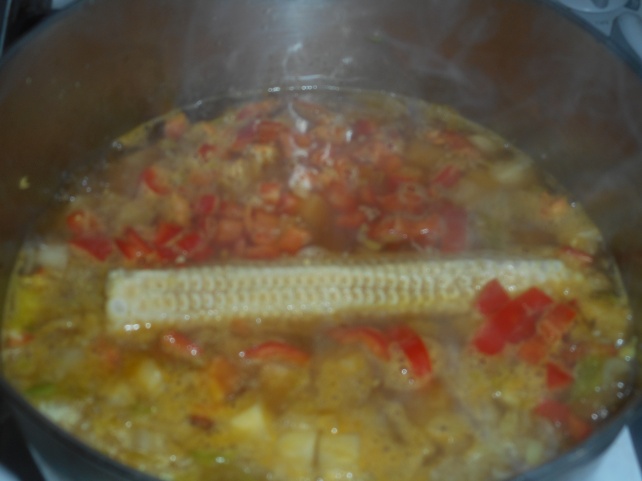 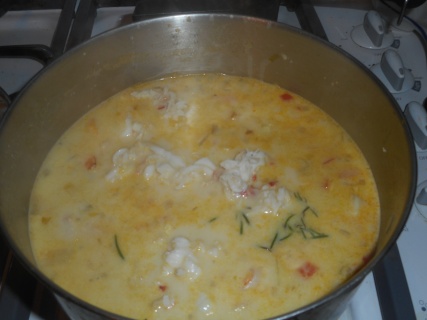 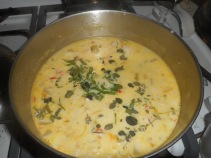 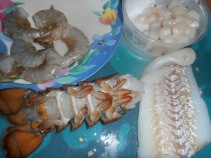 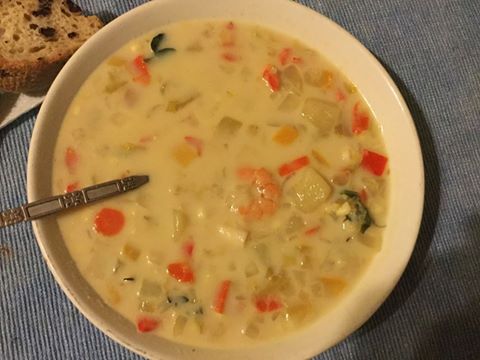 Heat the oil in a two quart sauce pan, add onion, cook 3-4 minutes, stirring, don’t let brown.  Then add garlic and cook another minute.  Add the broth.  When it is hot again add the potatoes.  Meanwhile, while broth heats cut the sweet corn off the cob, put the cob in the broth as it will release a lot of flavor.  Set the kernels aside to add later. Add the lobster tail to the hot mixture; let it cook about 6-7 minutes, remove and let cool a few minutes, snip open the underside and remove the meat, dice and set aside: will add back when potatoes are done.  Add the summer squash, red pepper and carrot, cook until all the veggies are nearly done, no more than 15 minutes.  Remove the corn cob. Add the cod, the scallops and the shrimp.  Let cook about five minutes.  Add the half and half and return to medium heat.  Do not boil.  If the soup is too thick add more half and half or more broth. Add the sweet corn kernels, the cooked lobster meat, salt, pepper and the fresh herbs. You could sub in snipped up rosemary for the oregano if  you like.  As soon as it is hot; sprinkle with parsley and serve.

Great with fresh gf French bread or rolls and a green salad.

The inspiration for my recipe is the potato, corn and monkfish soup in Jane Brody’s Good Seafood Book. A number of changes have been made.  Great cookbook for seafood lovers.